Where to go from Glasgow? Three priorities for developing countries

Where to go from Glasgow? Three priorities for developing countries

Alok Sharma described the Glasgow Climate Pact as an outcome of which all parties can be proud. Saleemul Huq described the COP as dismal and dishonest. My view is less pointed and less pithy, summarised in 20 points, below, with some relevant figures pasted in for reference.

The big picture is that even taking account of commitments made at the last minute in Glasgow, formal NDCs to 2030 only reduce the gap between current policies and the least cost pathway to 1.5 degrees by 11%. 89% to go!

Mid-century net zero commitments have potential, but still need fleshing out if they are to offer viable pathways.

The UN Environment Emissions Gap Report, published in October, and the Addendum published during the COP, provide all the detail one could need on these topics.

The global pacts announced in Glasgow (Point 1 below) impart momentum, but need to be translated into national actions.

So, where next? It is obvious that new NDCs are needed. I am sceptical about a 2022 timetable, given the complexity, but that is what Glasgow requested (para 29 of the Glasgow Pact). The focus is on action to 2030, but I am also quite concerned about setting unrealistic targets, given the time it takes to implement new measures. Climate action is urgent, but nine years is not long. It would, of course, be much better to have started sooner, as we argued in Nature in 2020.

In this context, it is worth remembering that the ‘pathways’ to temperature targets, including the pathway which calls for a 45% reduction in emissions by 2030, compared to levels in 2010 (para 22 of the Glasgow Pact), are formally ‘least cost’ pathways. Delay (at least for 2 degrees or 1.8) does not necessarily mean that the temperature target is unattainable, but does mean higher cost. The last IPCC Assessment Report, AR 5, said up to 28% more expensive, if mitigation did not start until 2030 (Pg 58 of the technical summary of WG III, here). Presumably it will now be less, since action has been taken. Working Group 3 of AR 6 will report on this early in 2022.

So, it would be better, I think, to focus both on what is possible up to 2030 and what needs to happen in the following decade. The relevant decision in Glasgow calls for new NDCs by 2025, covering the period up to 2035. That date could have been moved forward to 2023, say. The UK already has a carbon budget out to 2037, with substantial cuts to 2030, and accelerating cuts thereafter: see here. Others should follow.

As far as developing countries are concerned, there are three priorities.

First, hang onto a model of ‘climate compatible development’. This is about linking climate and development, in the wider context of the Sustainable Development Goals - so a just transition, which recognises the need to tackle poverty and vulnerability, alongside global warming. But also, taking account not just of domestic mitigation and adaptation, but in addition the changing international context, in which markets and prices change as a result of climate action taken elsewhere. The CCD Venn diagram has three circles, not two (see figure below). With perhaps 40% of carbon traded across international borders, ‘climate compatible trade’ is an important area of work. Having a policy in place to deal with planned EU or US border carbon taxes is just one example of where the third circle leads.

Second, put more effort into conditional NDCs. This is an opportunity to be explicit about the need for financial and technical support to deliver a just transition, covering the full economic and social costs of mitigation, adaptation, and loss and damage. The Just Energy Transition Partnership between South Africa, France, Germany, the UK, the US and the EUEuropean Union may provide a model (though many questions remain). Conditional NDCs have mostly been weak so far. A raft of stronger proposals, in 2022, 2023, or 2025, would put rich countries more firmly on the spot, and would boost the discussion on climate finance, including loss and damage.

Third, work together to promote a global framework. This might be called the Global Green New Deal, or something else if that is politically loaded. The GGND should cover climate compatible development globally, which means all three circles of the Venn diagram, including issues like the treatment of consumption emissions and the inequality thereof (see Ch 6 of EGR 2020). It should also provide an opportunity to look carefully at the additionality or lack of it in climate finance: this is necessary because of the risk that climate finance will gobble up oda, leaving less for other purposes (See Point 18 of the 20 below). Could the Climate Vulnerable Forum play a leadership role?

20 reflections on the Glasgow COP 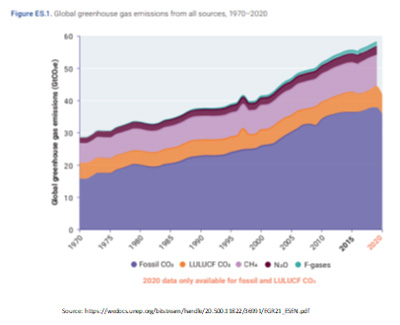 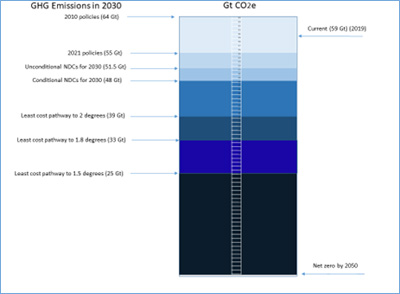 3. It would have been better to start earlier 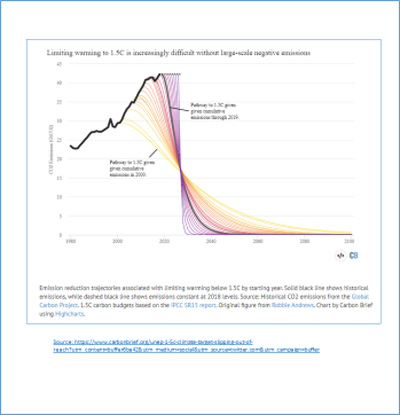 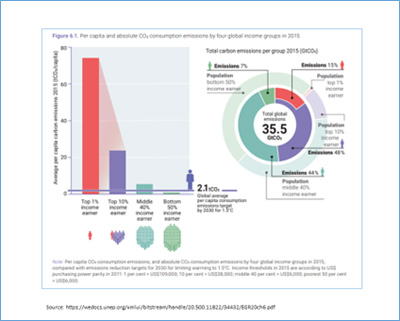 5. A model of climate compatible development 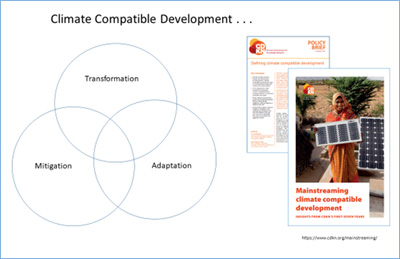 # RE: Where to go after Glasgow? Three priorities for developing countries — S.P. Sethi 2021-12-06 08:34
Excellently done, Simon. You highlight the challenge and expose how much remains to be done. And the tasks remaining take on gigantic proportions if indeed we wish to deliver a "Just Transition" -- however that may be defined!

I like the way you slip in the consumption half of the equation. There is too much emphasis on the supply side. Global consumption of all natural resources must first be capped (the sooner the better), then redistributed to ensure a threshold level of consumption for all (to reduce poverty) and in the third step, lowered to the carrying capacity of our planet's eco-system (to ensure its long term sustainability) . You cannot keep on depleting the natural capital of our eco system and hope to deliver climate goals. If we do not pay heed natural phenomenon would take over to restore the balance!

I also believe that the COP process has been reduced to that of just keeping the momentum going. A more meaningful engagement is needed when it comes to actual climate actions, covering emissions reduction (including emissions trading), adaptation, finance (including loss and damage), technology and capacity building.

What I mean is that the COP process is seeking solutions to an urgent problem through consensus among 180 plus nations, with distinctly different realities. This will always remain inadequate and, at best, sub-optimal. Importantly the agreement will also remain voluntary and non-binding. And the simplistic Annex I and Non Annex I classification or the developed and developing country classification fails to capture all the nuances.

The truth is that only some 40 odd countries (including China — the biggest economic power and emitter today) matter when it comes to historical responsibility for global warming, capacity to take on significant climate actions at home and ability to provide funding for climate actions (including mitigation adaptation, loss and damage, technology transfer and capacity building).

These 40 odd countries account for well over 90% of the historical responsibility for global warming and well over 80% of the current consumption and emissions. Including these 40, there are some 110 countries that already have per capita nominal incomes of over $US 6000/annum (about 50% above the World Bank threshold for upper middle income countries) and are, hence, unlikely to get anything from the top 40 to help them deal with climate change — these 110 countries must deliver firm time-bound plans for domestic climate action without any conditions.

The top 40 (including China) must, in addition, say how they would help the bottom 75 odd countries (outside the top 110) to meet domestic priorities and global climate change imperatives, because they simply cannot do it on their own. These bottom 75 odd countries (that account for over 40% of humanity) are responsible for only 10-11% of current global emissions and would need to grow them to eradicate poverty.

As an example, the truth is that with a nominal per capital income of $US 2100 per annum, India will remain an insignificant player in solving the global climate crisis because it simply does not have the means, and needs to do everything to remove poverty and grow consumption and incomes 2-3 times current levels. Yet under the UNFCCC process, India is seen as pivotal to a global solution — that is how ridiculous the situation is at COP.
Reply | Reply with quote | Quote
Refresh comments list